As you may be aware that FIT INDIA movement was launched by the Hon’ble Prime Minister on 29th August 2019. Fit India movement involves behavioural change, which is possible by making it a people’s movement wherein every citizen gives time to himself / herself for being physically active and fit.

Fit India Mission under Ministry of Youth Affairs and Sports have planned to organize Fit India Cyclothon on 18th January 2020 to spread the message of fitness among masses.

Why organise a Cyclothon?

Cycling is one of the best ways to remain fit and healthy. It is the new craze that combines fitness with fun. Won’t it be exciting or rejuvenating to take your cycle and start in a group of friends and family along the way for a change and wander some terrains? After all, fit people are good for India’s health.

Who can organise a Fit India Cyclothon?

Organisers must ensure that All “Fit India Cyclothon” to be listed on www.fitindia.gov.in portal are non-commercial in nature.
​

How to organise or join ‘Fit India Cyclothon?

How to use the Fit India Cyclothon templates

Kindly make sure to adhere to the guidelines for using Fit India logo, link for downloading the guidelines is as follow http://fitindia.gov.in/wp-content/uploads/2019/10/FITIndia_Logo_Guidelines.pdf 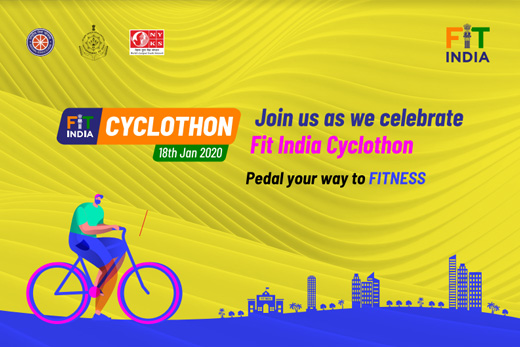 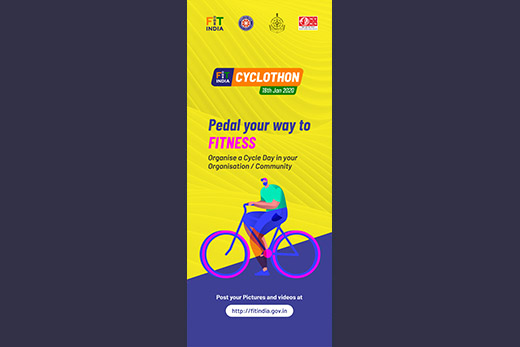 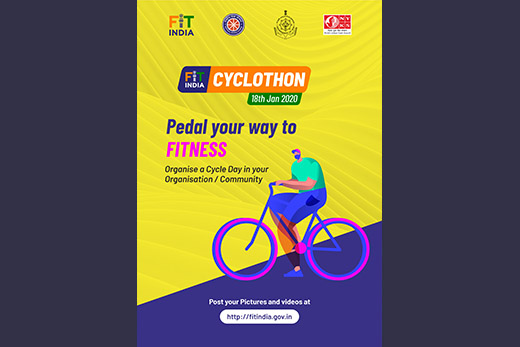 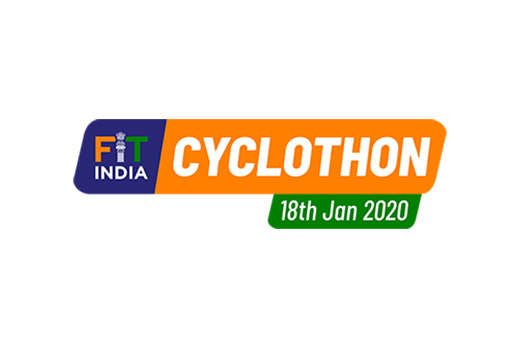 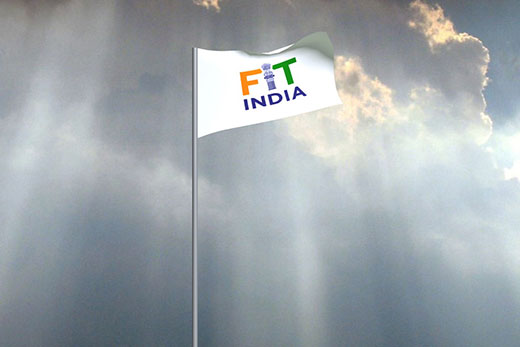 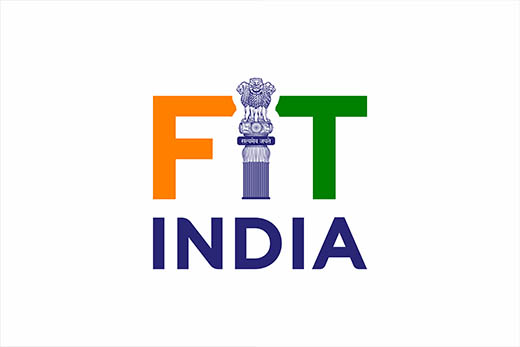